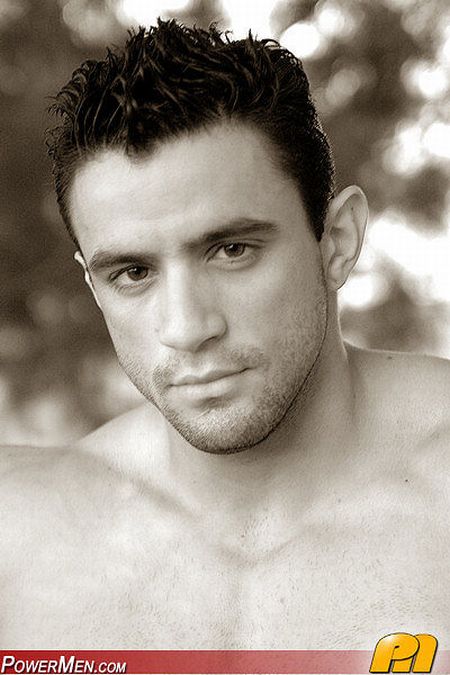 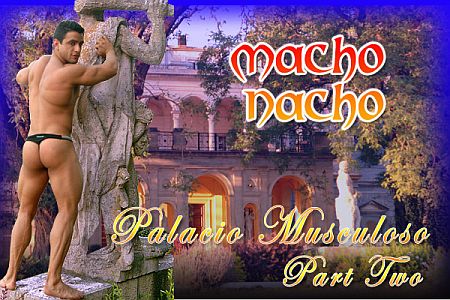 Part Two of the fabulous muscle adventure Palacio Musculoso finds champion bodybuilding middleweight and MuscleHunks.com model Macho Nacho on the move and under the watchful gaze of his cohort bodybuilders, particularly solidly hung hunks Daniel Morocco and Dick Ruggeiro! Watch as Macho Nacho amuses himself by tempting the huge Dick, who’s just trying to get in a little private posing practice, while the hot-blooded (and hot-butted!) Nacho lurks nearby…..and then check out the muscle fantasies of Nacho and Daniel Morocco!  Enjoy! 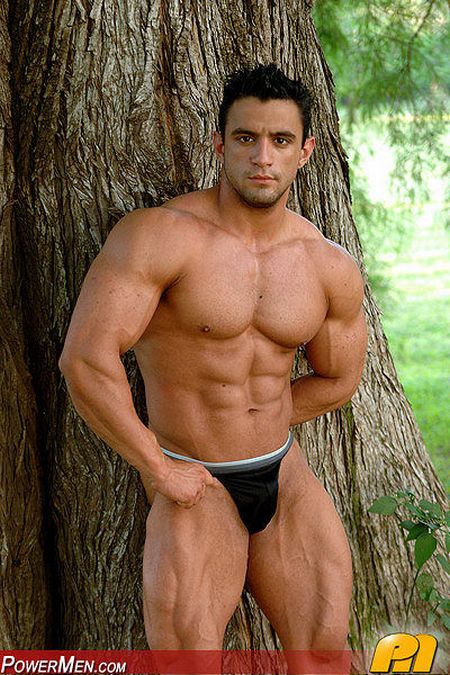 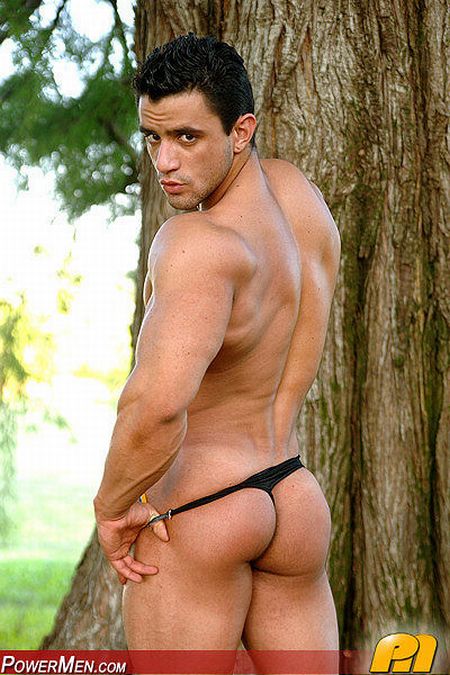 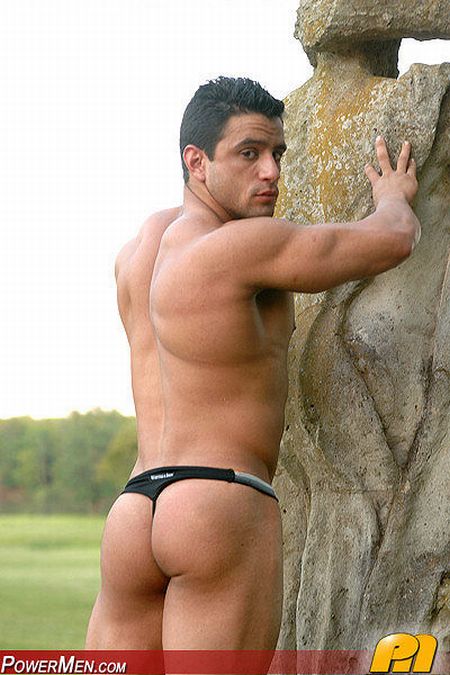 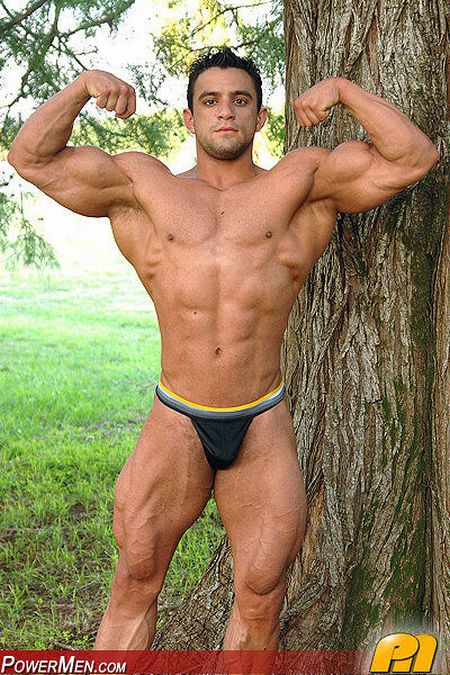 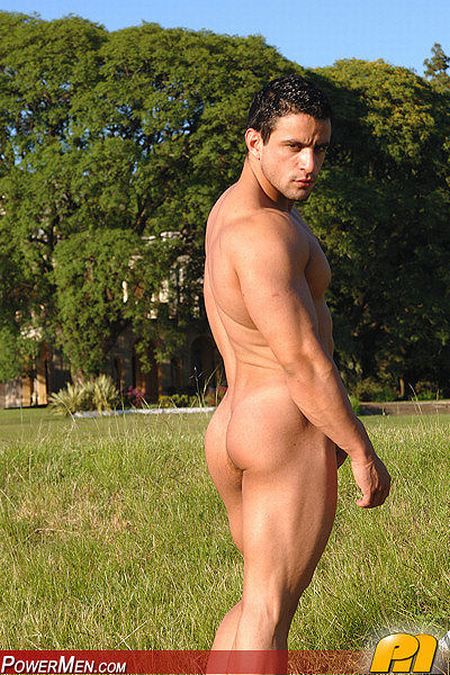 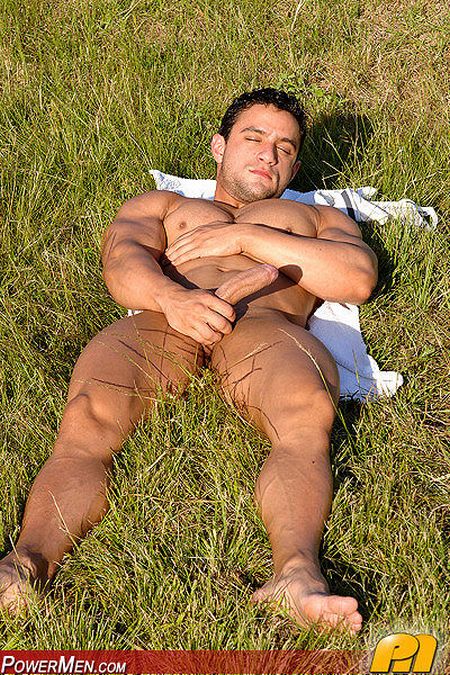 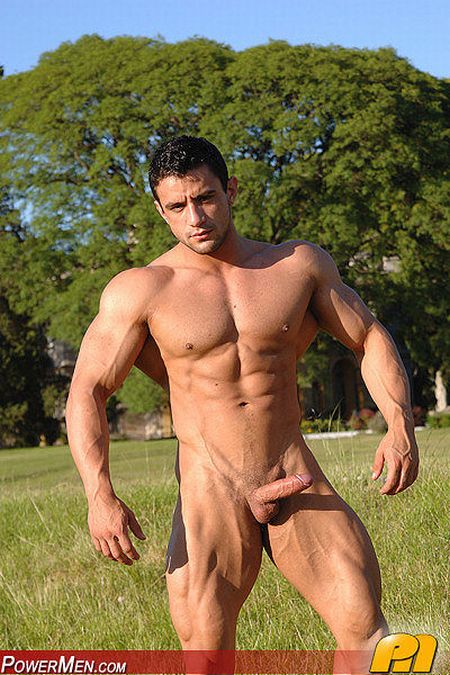 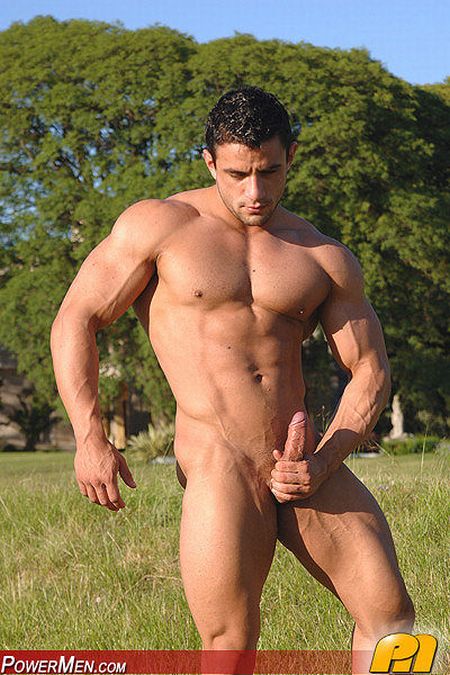 Another hugely-dicked, hot-muscled Dynamite Classic stars is the compact, built for action, tough Carlos Botero. In the membership section Carlos’s best scenes – including his duo jo with Ryan Ortega – have been completely remastered in 23 new clips and 10 long play scenes! Watch for Carlos’ classic videos, all re-edited and remastered from the original footage, now available in DVD!

We know how you luuuv sweaty hot wrestling – and particularly when one muscleman has the slight edge over his opponent. Powermen.com’s Gilberto Nestore joins the MH fold with gym buddy Andy Travers. Multiple scenes show Gilberto self-admiring into a hot mirror jo, his workout with Andy, and Andy’s self-worship, leading to their wrestling scenes – and wrapping up with a hot dip in a penthouse jacuzzi and more jo!

Late night at the raw gym in the inner city, and two of the prettiest and toughest muscleboys you’d ever hope to meet just happen to arrive at the same time for their workouts. Manuel’s been hoping to grab a few moments with Angel for months now, and he’s puppydog eager to get together, but doesn’t want to show it. Angel, ripped and huge, is into his workout and seems to pay no notice – at least at first! Soon enough though both boys spy the other’s sensational glutes, and the action begins!

Rocco Martin Only At LiveMuscleShow.com

Over the last couple of years, we’ve seen Rocco grow – from a Muscle Puppy to a full fledged and huge Muscle Hunk. Now you can talk to him Live, only at LiveMuscleShow.com He couldn’t have
agreed more.

See Rocco Now Only at LiveMuscleShow.com

Ali Galani Only At LiveMuscleShow.com

We want to welcome hot, hung muscle stud Ali Galani to LiveMuscleShow.com. Ali’s spectacular glutes have to be seen to be fully savored! Watch for this amazing Butt Man’s upcoming debut on MuscleHunks.com!

See Ali Now Only at LiveMuscleShow.com

Laurent Le Gros Only At LiveMuscleShow.com

22 year old French born Laurent Le Gros is one big kid. With a big round bubble butt, abs to die for – and sheer, huge all over size, Laurent is one to watch! C’est Magnifique!

See  Laurent Now Only at LiveMuscleShow.com

Palacio Musculoso Eyefiller MuscleHunk Felipe Gigante is just packed with muscle over every inch of his body. Taking time out from his buddies at Carnaval, he gets  playful with us, bringing out a full-length mirror – the better to admire his massive physique. Soon his rich thick tool is in his hands and he’s ready to stroke that meat for all his fans to see!

See Felipe Only At PowerMen.com

More muscle gym jo fantasy! Tough, quiet middleweight competitor Guilherme Lingua is working out late after closing time, and soon he’s distracted by thoughts of buddy Hernando Guitterez. Hernando and he pose together, take to the streets together, and even have tried out a little capoeira together.

See Guilherme Only At PowerMen.com

See Ricky Wollensky Only At PowerMen.com

Blond bubble-buttedmusclepup alert!20-year old Ricky Wollensky just loves to pump his big boyish muscles at the gym, dreams of Championships in his head. Thing is, the gym makes him sooo hot to play. Maybe it’s all those pictures of musclemen on the walls? Ricky is sort of shy when it comes to talking, true,but his workouts are killer(just check out those squats)and once the gym is closed,he’s been known to stay behind!But that’s not all – Ricky shows it all for our cameras with two explicit scenes!

See Ricky Only At PowerMen.com